Our travel articles about Comporta are sourced from a variety of publications and displayed without bias.

To suggest an article about Comporta that you like, kindly email our editor at the contact link above or below.

If feel inspired, why not write an article yourself and send it in, we’d be delighted to take a look and even publish it? Where the rich go off the grid, and you can too Comporta, in Portugal, is like Ibiza, but on a really good day The Secret is Out Comporta between the River and the Sea 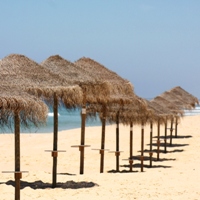 2020 – Nowadays, there are mulitple articles and news about Comporta which are written in many languages.

The general opinion is that Comporta is a unique treasure, touched by the ocean and coloured by the sun.